Designing out Cybersickness in Virtual Reality

Cybersickness is a problem for the VR industry. Consumer adoption is slow and too many people are being turned off by poor experiences or hearing about those of others. This has to change, and everyone in the industry can do something about it - it’s not just a problem for the developers. In this article I'll give a little background but mainly focus on the implications for development teams working in this space.

I’m not going to delve too deeply into the theories behind cybersickness, there’s a good analysis from the University of Quebec for those that are interested.

Note: I’ve chosen to use the term cybersickness, though it is also commonly known as simulator sickness or VR sickness. I’ve also heard it being referred to as motion sickness, though this may not be entirely accurate.[1]A VR problem?
Cybersickness is not unique to VR, but its seems to be more commonly reported. This may be for a number of reasons: 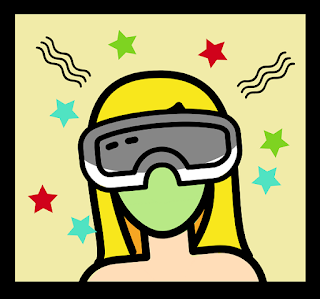 Why VR development teams should care?

Clearly, if users become sick from using your product then you are unlikely to achieve your development goals, you may lose customers for future products and have negative marketing. But there are several other reasons for wanting to prevent cybersickness:

The full causes of cybersickness may not be completely understood, but the main culprit seems to be a disconnect between user actions and user perceptions, in other words: the difference between what the user is doing and what they see. An example might be where the user turns their head quickly and there is a lag in the responsiveness of the headset causing a delayed visual update. Alternatively, it could be when the user is stationary but they get the perception of movement. Even a mismatch of microseconds can be enough to trigger cybersickness symptoms.

This mismatch does not have to be related to movement but could be other factors such as physics and biology. For example the user’s perception of their body position in comparison to their in display avatar’s body (or parts of the body: arms, hands) or the behaviour of gravity in the environment.
Other factors may exacerbate the problem whilst not actually causing it, (e.g. discomfort, heat, noise, excessive brightness) these are well to be avoided too.

What can we do about it?

OK given that we accept that it’s a problem and the causes are not fully understood, what can we do to minimise the risk? Actually quite a lot. The following suggestions are based on my online research and vocational experience.

Whenever possible, the user should be in control of their own movement. If the context does not allow this (maybe they are being taken on a journey e.g. on a river, in a vehicle), the user should at least always be in control of where they look. Head motion should be tracked at all times, if this is not possible for some technical reason (perhaps on loading) then the image should fade out and then back in when tracking can be maintained.

Uncontrolled movement or appearance of movement should be avoided:
Allow choice of locomotion options. Default locomotion may not be suitable for all users. There are a many options available in addition to the usual joystick control, including:

Whilst considering movement options it’s worth noting that common gaming options of strafing and moving backward are not advisable in VR. These are not forms of motion that people generally use in the real world so can cause a disconnect.

Oculus and HTC recommend that VR applications run at 90 frames per second. High frame rates should help mitigate against lag and other performance related issues such as screen tearing. 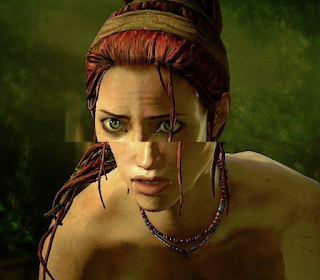 For mobile applications that run on phones in devices such as google cardboard, the aim should be to keep the frame rate at or above the device’s refresh rate. Many current phones only have refresh rates at 60Hz.

From a design perspective, it’s important to consider the context of the device that you’re designing for, you may not be able to control the device settings, but you can influence how taxing the experience is on the CPU and GPU. It maybe necessary to provide a less frenetic experience for lower-end devices, have quality options, remove compatibility or at least provide a warning where the device does not have sufficient power to run the full experience.

Consider the user’s avatar, do they need one? If so maybe limit it to the interface (hands or tools). Including other parts of the body (such as arms) can create a mismatch if they are not tracked.

Remove “head bob” and “weapon (or tool) sway” - these are frequently used in games to add realism and simulate movement, but are not needed in VR.
Add a frame of reference - a static reference point helps to orientate the user in VR, these can take many forms: 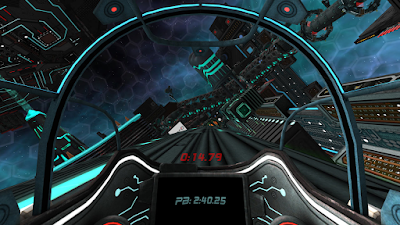 
Reduce the realism - this may sound counter intuitive especially if we want to encourage immersion, but it’s been shown that cybersickness due to mismatches is related to the level of realism in an experience.

VR works well when the user is immersed, so consider how you treat that user and don’t do things to them that would be uncomfortable in real life: 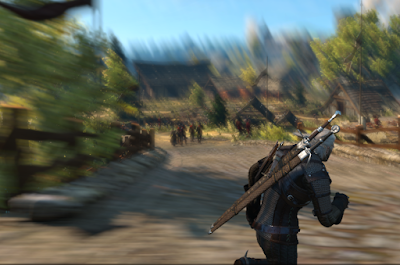 While you’re considering the user, why not give them options to do things their way and make the experience as comfortable as possible - they’re more likely to enjoy the experience that way:

Give the user control of the audio and brightness levels, and avoid sudden changes in level or high contrast during the experience
Some people cannot “play” for long in VR, so give them the option to save their progress, reach a checkpoint or pause and resume
Consider “comfort mode” setting options such as narrowing the field of view when the user moves or turns, defaulting to reduced brightness or limiting certain effects 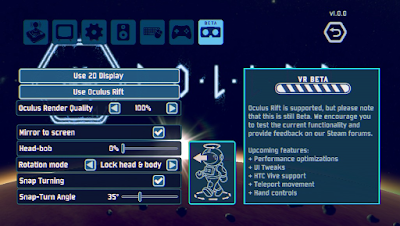 There are some technical aspects that need to be considered and that are likely to go away as the technology advances over time. But as in most (if not all) products, design plays an important part and can make good technology worse as easily as it can make bad technology better.

In summary:
If we design with users in mind we are likely to produce a better outcome for all.

[2] Note: this report was not exclusively about VR

I’ve been researching accessibility for immersive technology with the aim to create a heuristic approach for accessibility testing. It’s taking a lot longer than I predicted, and contains a lot more content. So rather waiting to share the finished product in a large un-readable format, I thought I’d start sharing smaller pieces periodically starting with an introduction to why you should be interested... Why you should care about accessibility for Immersive tech Immersive realities have huge potential to change many aspects of our life and let us experience things with a degree of “presence” that has not previously been possible. They can take us to places not normally possible to visit, or experience hazardous situations without danger. The immersive nature of the technology can trick the brain into believing that we are really there. It has even been shown that people can adapt to embody forms that they are not naturally built to do such as becoming a bird or learning to control

Introduction In this post I’m sharing my approach to accessibility testing in Virtual Reality (VR). This is part two of my VR accessibility posts, last time I wrote about why it’s important . Think of it more as an exploratory checklist rather than a rigid test script. First pass I like to do a first pass of a new experience with some of the functionality disabled, this helps me to identify where there maybe problems for people with certain accessibility needs. For the first pass, my setup is as follows: ●       Set application to greyscale [1] where possible ●       Turn sounds off or volume down ●       Sit on a non-swivel chair (or sofa or bean bag) ●       Avoid reading any text or set text to a language that you don’t understand [2] ●       Use a single controller (if possible) ●       Disable haptics where possible [3] ●       Set scale to “standing only” [Vive or Rift or other 6 DoF headsets?] Attempt to use the application as “normal”, but pa